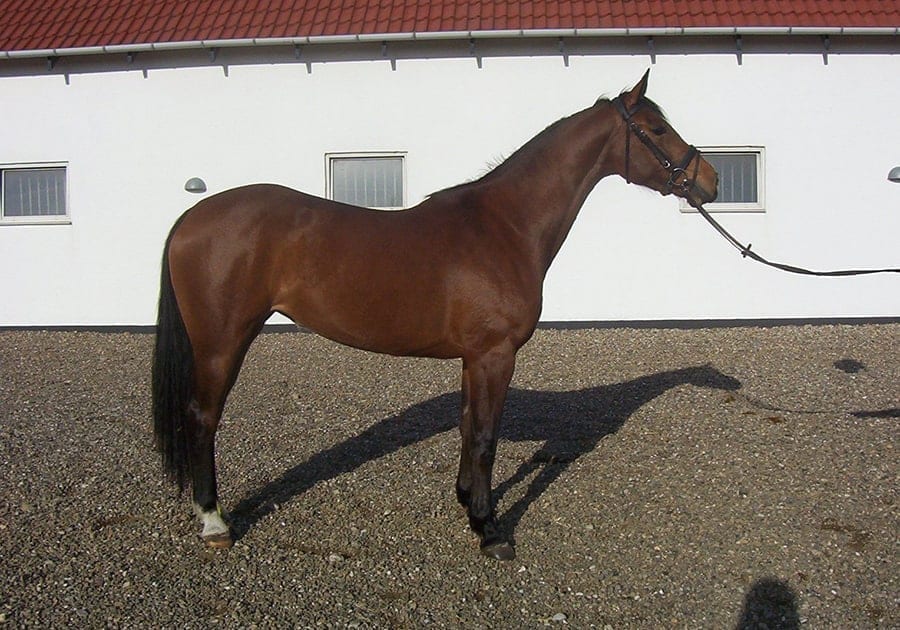 When top pedigree, performance, beauty and jumping technique goes hand in hand the name is “Uptown Girl”.
Father Quick star one of the world’s most used and sought after stallions. Today he is Sire of a multitude of international jumping horses and his offspring are known for their amazing attitude and jumping ability.

Uptown girl’s strain 1463 is known for its performance capability, Uptown Girl’s half-sister Rising Sun (Sire Champion du Lys) is successful in S-showjuming in Switzerland and the direct dam line has delivered for example Montanus Ricardo with German Rider Hans Torben in 1996 won the Finnish Grand Prix and in 1997 Preis von Hamburg and Preis der Zukunft at the German jumping derby in Hamburg. Also the mare Lucilla II (eft. Landgraff) an her rider Arnaldo Bologni, Italy, was ranked No. 15 at the European Championships in Mannheim in 1997.

The mother ladylike in her sporting career was placed in 140cm jumping classes.

Uptown Girl was first ridden in by 7 year old in 2011 and in 2012 she was placed in jumping classes 130cm, but unfortunately suffered a serious tendon damage in 2013 after which she now is included in our stud.

Uptown Girl gave birth to a Colt by the Stallion Kannan 2014. Kannan is placed 1. in the WBFSH ranking of the most successful showjumping horse producers and is Sire to the gold medalist 2012 Nino de Buissonnets.