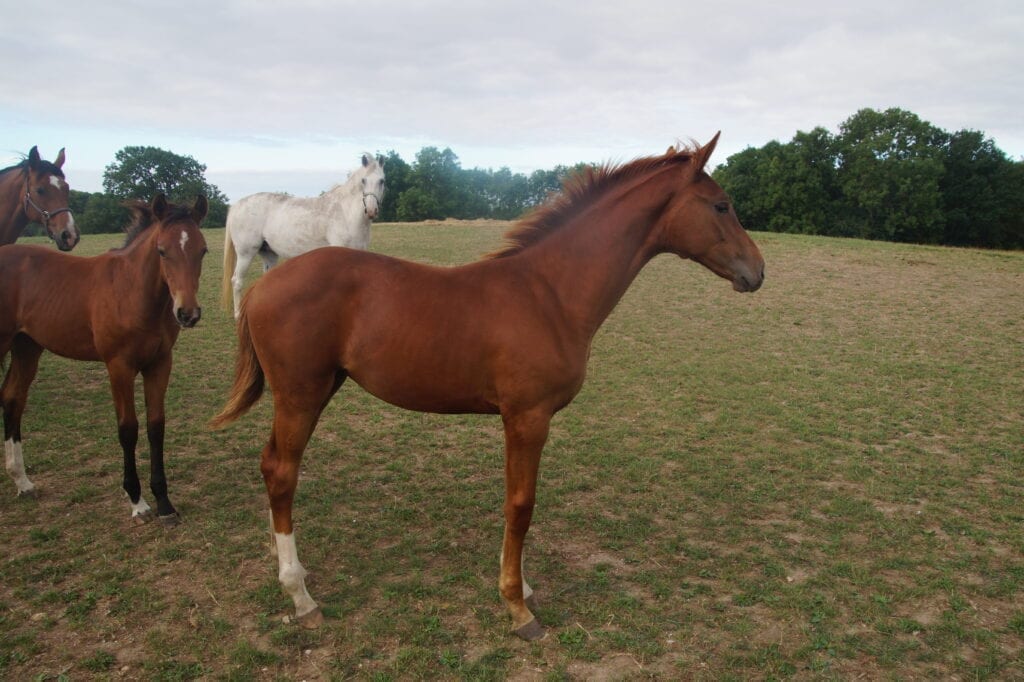 Top modern jumping foil of exquisite international Pedigre. Sire Comme Il Faut is under Markus Ehning winner of several 5 star Grand Prix’s and Comme Il Faut has a golden-skinned pedigree with Father Cornet Obolensky and mother Ratina Z who both have competed on CSI ***** level, Grandsire Sandro Boy has thrilled a whole world with his jumping technique and capacity and in his active career he has won more than 1.5 million euros and then he is the winner of the Worlscup final 2006. Damline has delivered several top horses at grand prix level including Montanus Ricardo who was part of the German national team in mid 1990 and Lucilla II who was part of the Italian national team in mid 1990 and who participated at the 2000 Olympics in Sidney