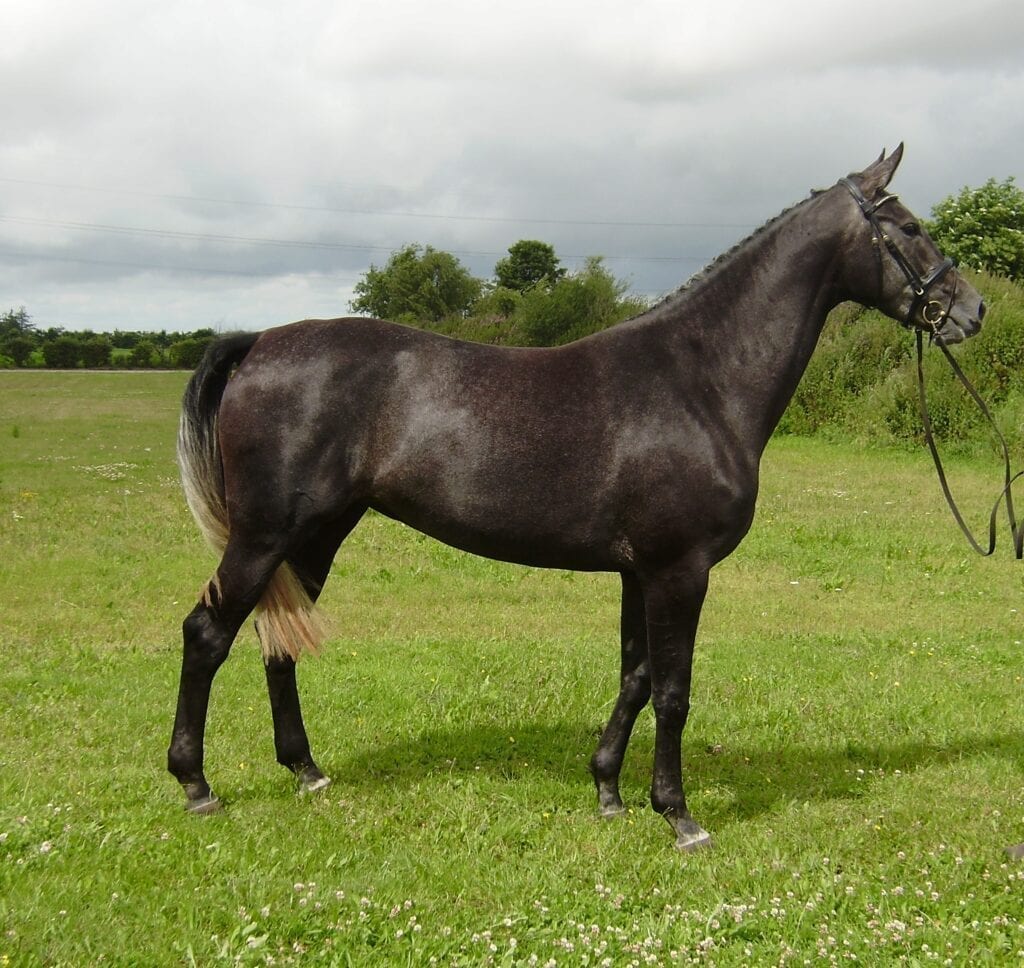 We can like it or not, but as Holsteiner Breeder we have to be aware that our Horses has to become more modern and nobel to fullfill the demands of Riders today and in the future. The last year’s i have looked for a Thoroughbred that were big enough, noble enough and with scope and jumping technic combined with a pedigree that were excellent for producing showjumpers, I think I found him, Talkative xx.

I inseminated one of my best Mare, Lotus, by this Stallion in 2007. Out of this combination descends Atlanta, a longlegged almost black Filly with a movement like a dressagehorse, I’m looking forward to see the first foal, which hopefully will be born in 2012, from this excellent halfbreed.

The mother Lotus is out of one off the German Holsteiner breeding most succesfull strains, namely strain 104A . The Mother’s strain 104A goes back to the legendary Retina, who, apart from other victories, together with Frits Tidemann won the German Spring Derby. Other top horses from the 104A strain are, amongst others, Corland internationally known under the Dutchman Wout Jan van der Schans and very actual Corradina with Carsten Otto Nagel, third in the grand prix of Aachen 2008.